Menu
A South Indian savory snack – ribbon pakodas are quite a favorite during diwali…
Its hard to have just a single helping of this mildly spiced and crispy snack. Its hard to resist taking a bite of these crisp ribbons, followed by another bite and then another….
The sesame seeds jewelled into them give a nice flavor as you bite into them with a cup of hot tea or with mocktails.
One can go on eating and enjoying them and eventually, easily lose track of time. So it happened to me, many a times. Even before I started writing this post. Hence you see today the focus is more on the visuals than me doing the talking. Which is quicker to post before the day is over than me hunting for words and also gets the message across just as well… Making ribbon pakoda requires a press used for murukkus (chakkuli) and sev. The press comes with changeable discs to be attached depending on what snack you are making. For ribbon pakoda you need a disc having two or four slits of maybe around half inch. The disc is inserted into the press, filled with dough & the dough is dropped into required surface with the help of piston – by pressing the dough with the piston.  We used a press where you need to rotate a lever on top of the piston as it is much easier one to make ribbon pakodas with. Of course you can also use one without lever too where you need to press both the handles of the  piston to drop the dough.
Visuals of the press used.. 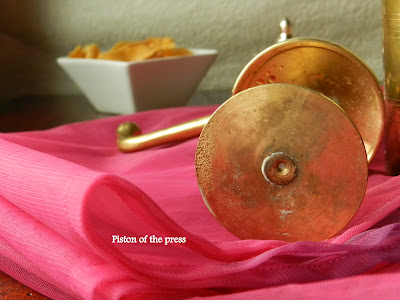 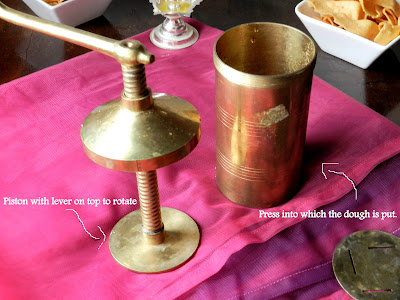 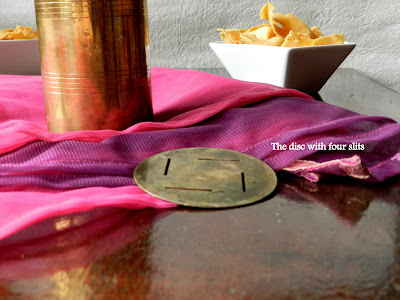 Dough being dropped into hot oil… 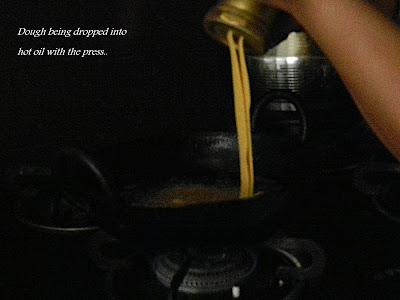 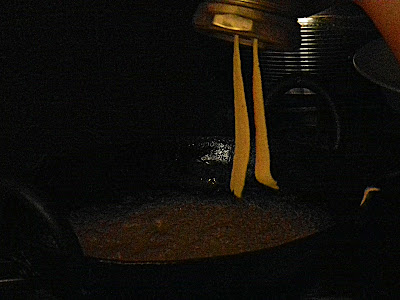 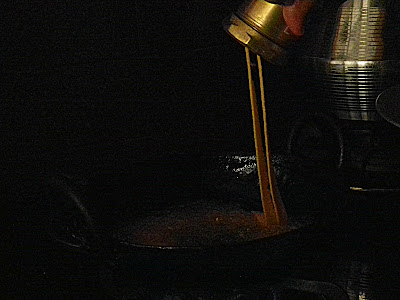